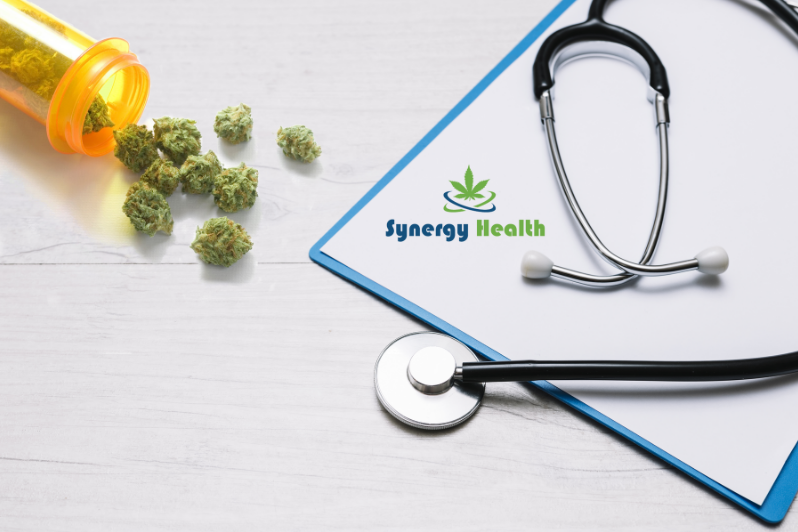 An Introduction to Medical Marijuana

Medical marijuana is now legally available in 33 states (including Washington, D.C.) across the country. With 66% of American adults supporting marijuana legalization, according to an October 2018 Gallup Poll, the accessibility of medical cannabis continues to expand. That’s good news for patients who can benefit from its therapeutic effects.

What is Medical Marijuana?

Marijuana is a variety of the Cannabis sativa plant, and medical marijuana is the term that identifies marijuana used for medicinal purposes. The cannabis plant contains more than 100 different chemical constituents, which are collectively referred to as cannabinoids.

The cannabinoids you’ve likely heard about in recent years, which are often used for medicinal purposes, are tetrahydrocannabinol (THC) and cannabidiol (CBD). Both have scientifically proven therapeutic properties. THC gives marijuana the psychoactive effect it’s known for while CBD does not.

The History of Medical Marijuana

Marijuana has been used for medicinal purposes for centuries, and by the end of the 19th century, there were hundreds of publications available in the United States and Europe related to the medicinal effects of cannabis.

However, as part of the “war on drugs” in 1976, the United States Controlled Substances Act was passed, which classified cannabis as a Schedule 1 drug. As a result, marijuana was placed on the same list as heroin, LSD, methamphetamine, Quaaludes, peyote, and more. Based on the definition of a Schedule 1 drug, marijuana was considered a drug with no medicinal benefits and a high risk for abuse.

The good news for patients is that over the past decade, people’s views on cannabis have been changing, and while marijuana remains illegal at the federal level, states are currently allowed to develop their own laws related to it. This brings us to where we are today – with medical marijuana legal in 33 states (including Washington, D.C.) and recreational marijuana legal in 11 states.

Why People Use Medical Marijuana

There are many reasons why medical marijuana helps patients suffering from a variety of medical conditions, but more research is needed. Unfortunately, the amount of research conducted is limited as long as marijuana is classified as a Schedule 1 drug.

However, we do know enough about it to state that it offers medicinal benefits to a wide variety of patients. One reason could be that human beings have cannabinoid receptors in their bodies which are present at birth. These receptors can bind with the cannabinoids in the cannabis plant and provide therapeutic effects.

With that said, many patients choose to use medical marijuana rather than endure the negative side effects and potential for abuse that prescription drugs can cause. The growing opioid crisis demonstrates the need for alternate treatments, and marijuana is often suggested as a possible solution to the opioid problem. Unlike opiate painkillers, marijuana is not addictive.

According to the Drug Awareness Warning Network Annual Report, which is published by the Substance Abuse and Mental Health Services Administration (SAMHSA), cannabis is safe for consumption. In fact, the data included in the report explains that marijuana is far safer than most drugs.

For these reasons, more medical professionals and patients are choosing to use medical marijuana every day. Bottom-line, it’s safe and it works.

Is Medical Marijuana Right for You or Your Loved Ones?

It’s important to understand that medical marijuana is not addictive. It acts differently on your body than prescription drugs. It even acts differently than the THC extracts available from pharmaceutical companies.

Those THC extracts only include one or two of the chemical compounds from the cannabis plant. While THC and CBD are considered the most significant therapeutic cannabinoids, the other cannabinoids in the cannabis plant enhance the effects of THC and CBD and provide more benefits for patients. In simplest terms, THC extracts will not deliver the same benefits as medical marijuana.

In addition, the stigma of marijuana is ending. The reality is that medical marijuana works for many patients. For those who are concerned about the hallucinogenic effects, there are many types of products available to give you the benefits you want with little or no hallucinogenic effects. The key is to work with a knowledgeable health provider who understands your condition and your needs and is willing to find the right solution for you. No two patients are the same!

The healthcare providers at Synergy Doctors are extremely knowledgeable about medical marijuana and will work closely with you to find the best treatment plan for you. Contact us at 707-334-9187 to get started.

Follow Me
Vanessa Niles, M.D.
Synergy Health and SynergyDoctors.com were founded by Dr. Vanessa Niles, M.D. Dr. Niles is recognized as one of the leading authorities on the delivery of quality medical care in her specialty and is an enthusiastic, dedicated, passionate, and compassionate cannabis advocate. She is a Fellow of the American College of Obstetricians and Gynecologists and has more than 30 years of physician practice in the specialty of Obstetrics and Gynecology.

The Science of Medical Marijuana that Makes it Work
December 17, 2018